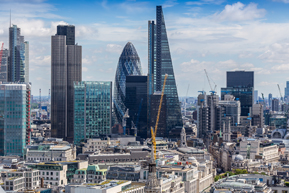 How British councils are benefitting from business rates

Home News How British councils are benefitting from business rates

According to government reports published in February, business rates are set to boost local council funds by £23.5 billion over the next year. This is a record rise, and marks a £400 million increase on last year. Marcus Jones, the minister for local government, has stated that this has come about due to the nationwide increase in new businesses in the past twelve months.

While the current policy, changed in 2013, on business rates means that only half of this income can be kept by councils, it still means that the income will benefit 90% of councils. George Osborne has also announced that he intends to let councils keep all of the money raised by business rates by 2020, though full details of this policy change are due to be unveiled at the forthcoming Budget.

There has been previous controversy around business rates on both sides. The Confederation of British Industry stated that accompanying taxes, and policies like the introduction of the living wage, will “push the economy to a ‘tipping point’” over the next half-decade. The CBI’s director-general Carolyn Fairbairn noted that “while the corporation tax changes have helped, the rise in business rates is something that needs to be addressed.”

There are also concerns from some businesses who are set to have tax rebates taken away from them following the change in business rates legislation. This will potentially impact around 20,000 companies who have made appeals for relief in the last six years, to the tune of £200 million.

How this could impact businesses

One compromise to these concerns has come from the Conservative Party in Wales. They have proposed that smaller businesses be given a tax cut, heeding calls from independent shops around the risk of “”creating winners or losers” in the economy. This means that businesses will be able to pay business rates at a level that will lessen the impact on their income. Conversely, they also plan to introduce changes which will lead to larger businesses paying higher rates in order to create a fairer split – an announcement which has already seen the heads of major supermarket chains up in arms.

Regarding vacant properties, while March 31st is the last date that businesses can move into empty commercial premises to benefit from Business Rates Reoccupation Relief, Oaksure Property Protection can continue to provide relief of around 90% on empty business rates. As well as saving vast sums, this also prevents businesses from needing to spend money on having their offices and storefronts gutted for future use, allowing the the value of property to remain as intact as the building itself.